Hoffenheim Players Motivated As Ever: Fit for Day X

Match operations in the Bundesliga may still be on hold due to the coronavirus pandemic, but professional teams have been allowed to practice again since the beginning of April. The Bundesliga team TSG Hoffenheim, which RIAL is sponsoring as an Hoffenheim Business Team Partner starting in the current 2019-20 Bundesliga season, began holding group practice again with special protective measures on April 6. What does this mean for the players and coaches? How are they preparing for Day X, when it’s finally time to take to the field again? Our RIAL blog obtained an exclusive look at the club’s practices under these special circumstances. 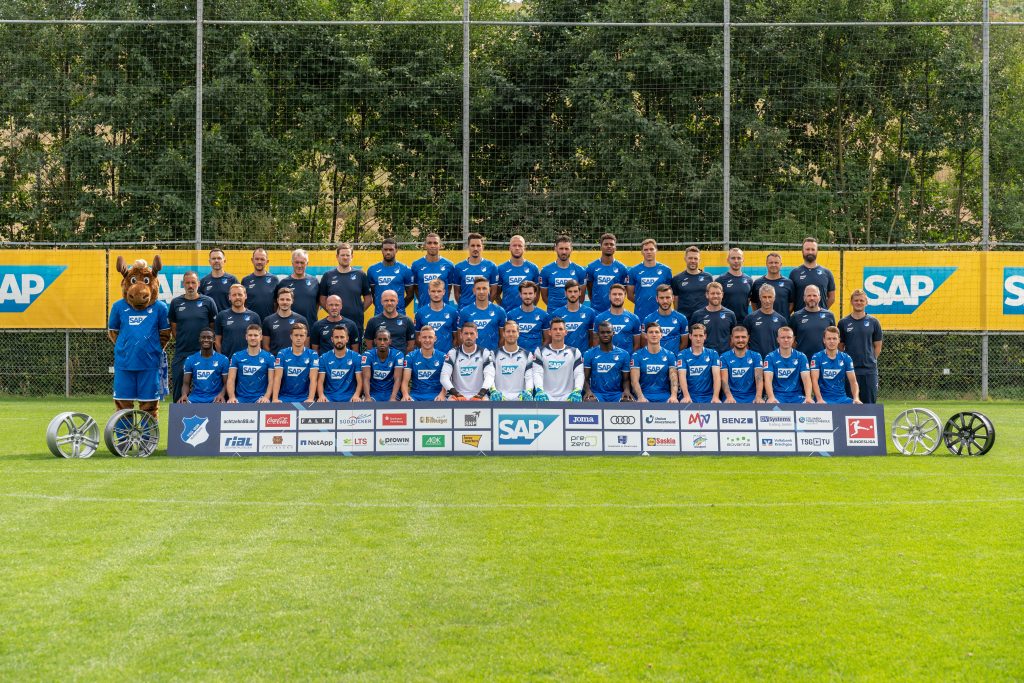 In the two weeks prior to April 6, the players were only allowed to train at home while complying with all hygiene and safety guidelines. Alexander Wahler, Head of Sponsoring & Sales at TSG Hoffenheim, explains: “The coaches and players communicated via video chat and by telephone during this time to always keep each other up to date. But there were no motivational difficulties to address – for players who have been able to make their favorite hobby their profession, the urge to move is so strong that they remain fully motivated even under difficult circumstances.” In their individual practices, the players mainly did lots of ball work, running, and weight training.

Nonetheless, the lack of group contact can be burdensome, particularly for team athletes. “To avoid any negative effect on the team spirit, TSG held group practices via video conference,” said Alexander Wahler. And mental training – already important during normal times – became even more vital. For one thing, it makes it easier to cope with the psychologically challenging situation. For another, it can help minimize negative effects caused by the lack of practice – in a similar manner to the rehabilitation phase after an injury. Mental training is better than no training at all.

Since April 6, the professional players of TSG Hoffenheim have been allowed to practice on the field again under certain regulations. “Practice is organized in shifts across the whole day and takes place in small groups of up to four players plus coaches. Tackling is prohibited,” explains Alexander Wahler. TSG Hoffenheim is preparing to jump straight back in as soon as the break is over. The players will need to be “soccer fit” to stay healthy during this intense phase. To ensure this, the small-group practices intensely train soccer-specific sequences: short, quick actions in rapid succession, running at various speeds (walking, jogging, sprinting, decelerating, taking off) and changing directions, all interspersed with power training.

The players agree on one thing: when Day X arrives, they need to be as well-prepared as possible. Physically and mentally. Speaking for his teammates, midfielder Sebastian Rudy puts it this way: “Practicing in small groups is fun and very vigorous, but we definitely miss being able to tackle. All of us can hardly wait to stand on the field as a team again!”